A team of researchers at led by University of California, San Diego have developed a new drug in eye drops that can shrink and dissolve cataracts, which may become an alternative to surgery.

Cataracts are a common condition, which cloud the lens in the eye and affect vision. While smoking, diabetes, and UV light exposure are causes, cataracts do occur in people as they grow older. Among Americans age 40 and older, the National Eye Institute says the prevalence of cataracts is about 17 percent. By age 80 more than half of people have cataracts or had cataract surgery.

Though scientists don’t fully understand how cataracts form, they believe cataracts are formed by dysfunctional proteins. These proteins, called crystallins, help the eye’s lens keep its structure and transparency. As humans and animals grow older, these crystallin proteins break down and clump together, forming a sheathlike obstruction in the lens, causing the signature “steamy glass” vision that come with cataracts, according to Science.

The new drug is based on a naturally-occurring steroid called lanosterol, which had been observed to have properties that may prevent or treat cataracts.

Khang Zang, head of opthalmic genetics at UCSD’s Shiley Eye Institute and fellow researches tested the lanosterol-based solution via eye drops in a series of experiments. They tested the treatment on human lens in the lab and saw a decrease in cataract size. Then, they tested the effects on rabbits and the eye drops had an effect on 11 of 13 of the animals.

The breakthrough may offer a non-invasive and potentially more accessible treatment for cataracts around the world. According to the World Health Organization, cataracts are the leading cause of blindness, affecting 20 million people worldwide. Of people who are blind, 51 percent lost their sight due to cataracts. While surgical treatments are very effective in restoring sight, many in the world cannot access eye care. Cataracts are a progressive condition, which lead to blindness if untreated.

“This is a really comprehensive and compelling paper — the strongest I’ve seen of its kind in a decade,” molecular biologist Jonathan King from the Massachusetts Institute of Technology (MIT) told Science. . “They discovered the phenomena and then followed with all of the experiments that you should do — that’s as biologically relevant as you can get.”

The next step is for the researchers to figure out exactly how the lanosterol-based eye drops are eliciting this response from the cataract proteins, and to progress their research to human trials.

Review: ‘Halloween Kills’ comes full circle and then some

‘Halloween Kills’ is the latest picture in the franchise featuring the masked killer continuing the decades-long battle with pure, unstoppable evil.

African Swine Fever is now on six continents and on the doorstep of the U.S.

The story of African swine fever actually does begin in Africa, almost exactly 100 years ago. Since then, it has spread around te globe....

There have been at least two dozen lawsuits filed around the U.S. demanding hospitals give ivermectin, a deworming drug to COVID patients. 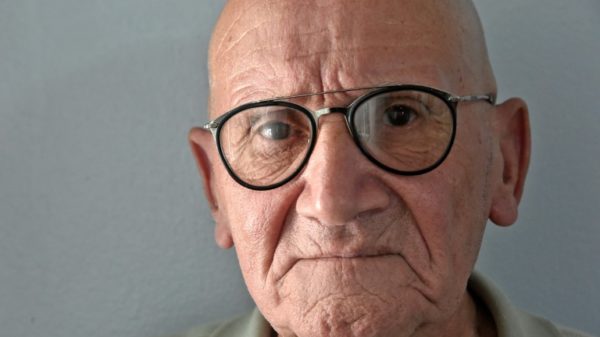 Rabah Sahili, who lived through the events of October 17, 1961 when dozens of Algerians were massacred in the middle of Paris, is pictured...